I had written two blogs, one entitled “Some Turn of the Century Cocktail Strainer Patents” and another “Charles J. Hauck & Son, Brooklyn, NY” that included images of the following beverage strainer: 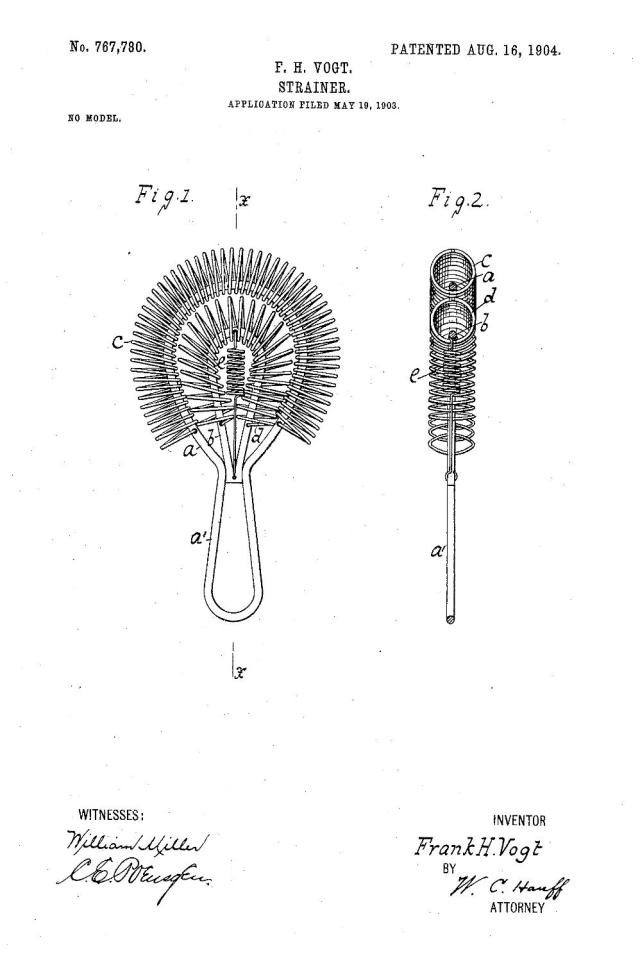 Now if you were at a yard sale and saw this strainer, would you know it’s a strainer? I would think it was a whisk of some sort, used for cooking.  Or maybe a scrubber, or something else.  But certainly not a cocktail strainer.  And although this patent was assigned to Charles J. Hauck & Son, who had manufactured other variations of cocktail strainers with which I was familiar, it did not necessarily mean this design was actually manufactured.

So I kept looking for this unusual strainer and one day “It” found me.

If you are interested, you can find this strainer here at my Etsy shop:  https://www.etsy.com/listing/253563577/frank-h-vogt-antique-cocktail-strainer

This strainer did not have the C. J. Hauck backstamp.  It only had the patent date stamped on the handle: 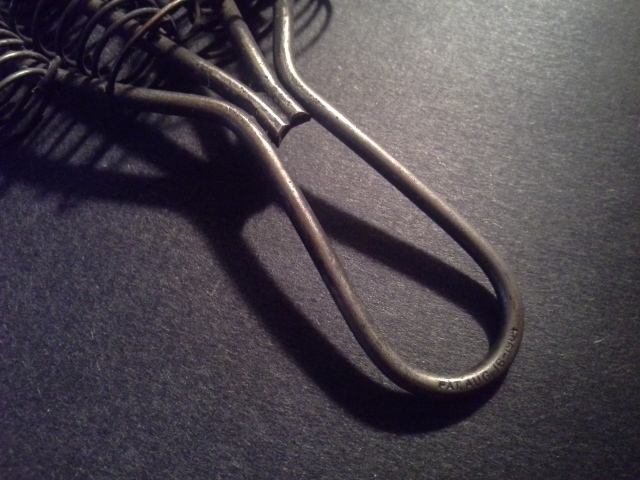 Now, knowing that the strainer had been manufactured, I could search for information on its designer, Frank H. Vogt.  Following is what I have gathered on Mr. Vogt, in chronological order. 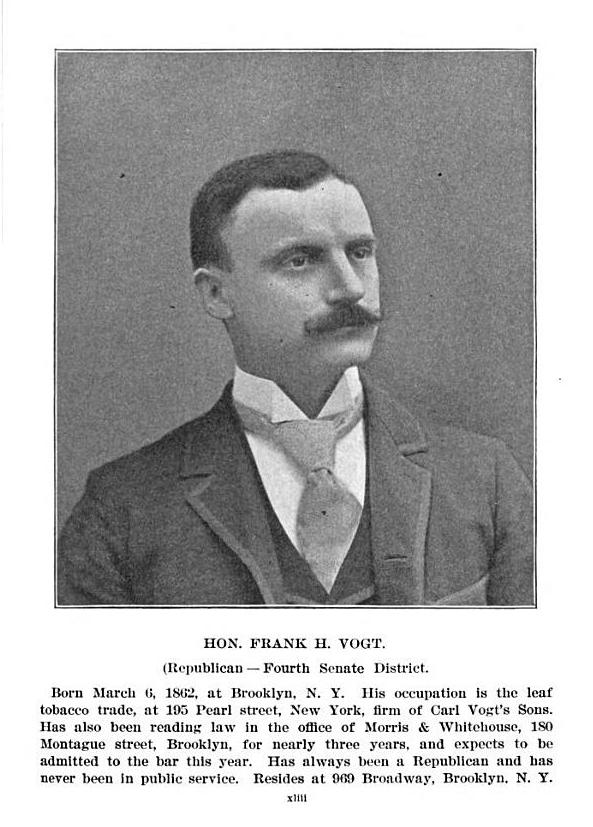 The photo and short bio above was taken from the 1894 Delegates Manual…Frank was running for public office.

The New York Times article above names Frank as Secretary of the Beer Club!

The patent announcement for Frank’s strainer appeared in the 1904 Official Gazette of the U. S. Patent Office: 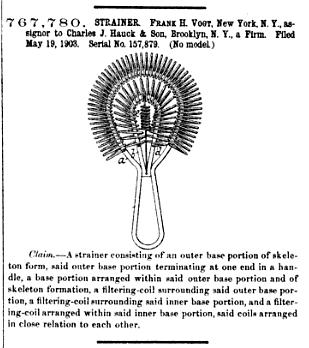 “The Spatula” periodical featured the strainer on its September  1904 “What’s New” page: 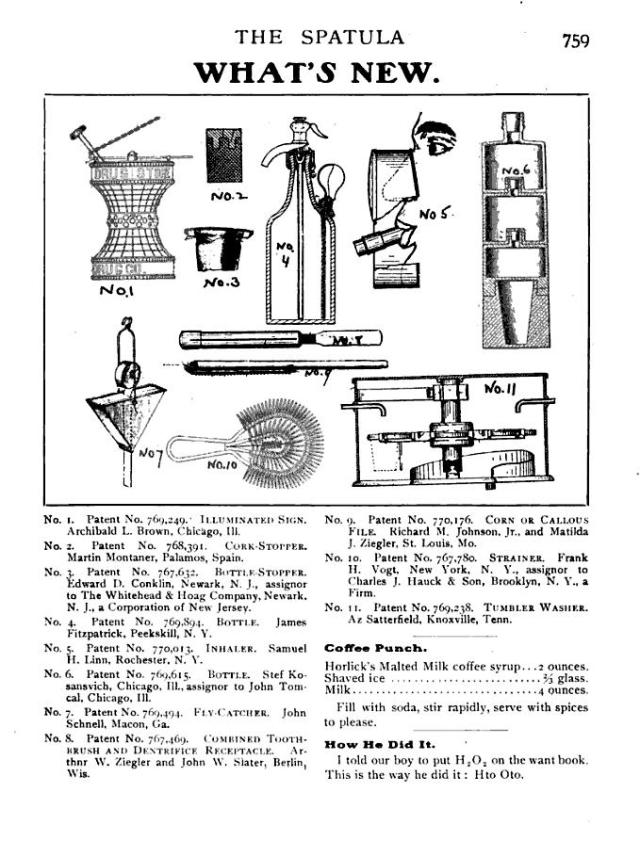 Frank died in December of 1922.  The following obituary is rather odd.  It lists Frank’s professional as salesman.  It doesn’t say that he had been a state representative or lawyer.  It doesn’t even give the name of his wife, only the names of his children.

Minnie died in 1944 and her obituary was much more impressive than Frank’s.  At least it mentioned that she had been married to a lawyer and gave his name!

For those of you readers who are looking for a little more information on Frank Herman Vogt, below are a few leads you might follow:

Frank H. Vogt was quite an interesting fellow.  He was involved in his father’s tobacco business, became a state representative and lawyer, owned a tile company and metal specialties company, he was an inventor and let’s not forget that he was Secretary of the Beer Club.